When I first listened to Secret Guest (DJ Metatron B2B Traumprinz) – Live at Planet Uterus I wasn’t entirely sure what I was getting into. Being reasonably familiar and enjoying the work of some of the other aliases of this mysterious producer, (see Prince of Denmark, Prime Minister of Doom and DJ Healer among others) each having a vastly different sound and approach to musical landscapes, ranging from spacey ambient-house to hypnotic, pulsating techno, it was clear to me that this musician was someone who refused to be boxed into a single style or even project. Using anonymity as more than a simple gimmick or promotional tool, Traumprinz/Metatron excites through intrigue and the promise of expansive, unexplored worlds (See Planet Uterus), clearly taking time to craft complex musical narratives and experiences whilst retaining an incredible output, underlined through an unmatched work ethic. 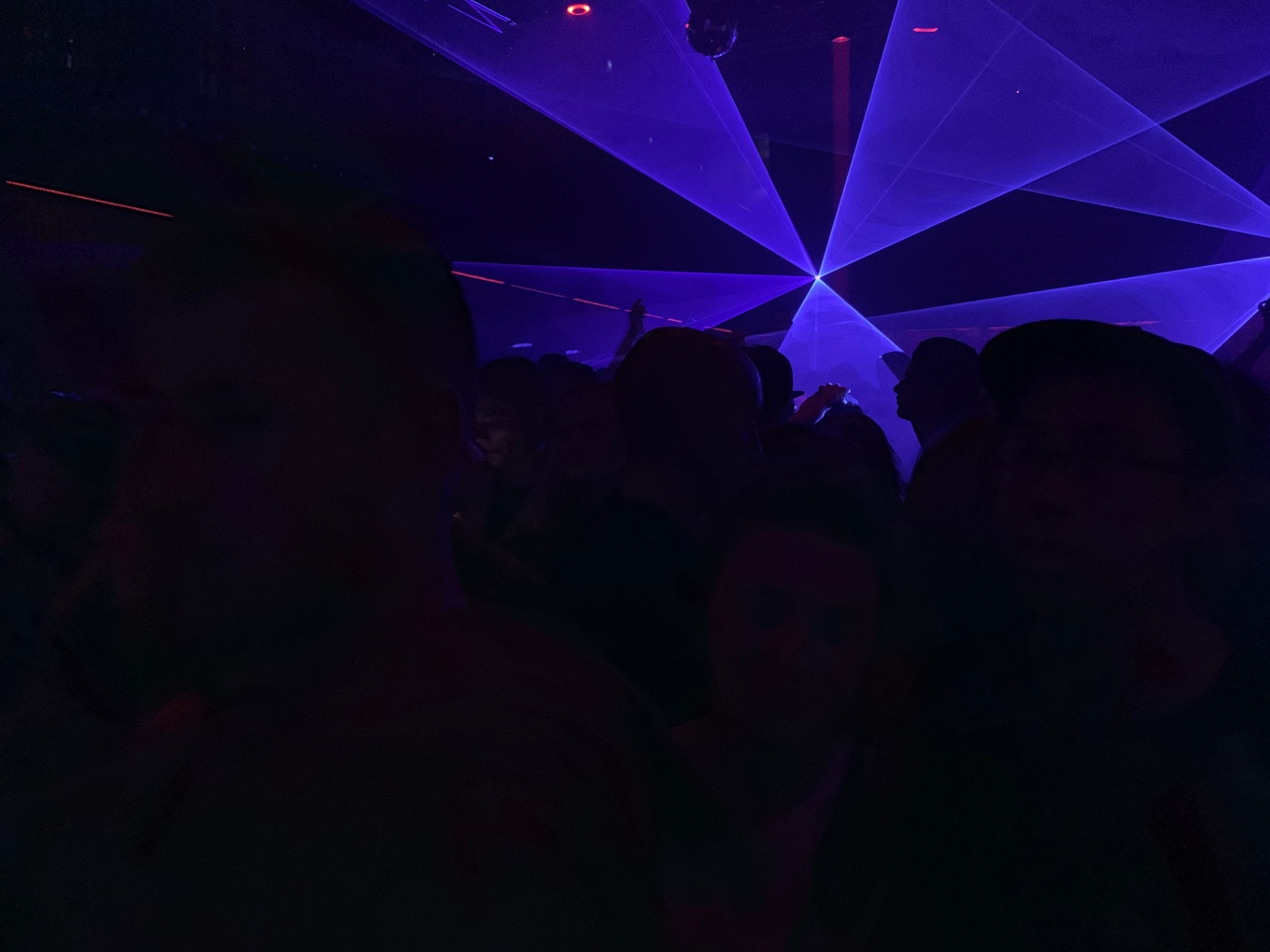 The mix/album? starts slow, very slow. The first 10 minutes relies on a steady kick-drum backbone with subtle, shifting background mids and other fluid-like soundscapes to draw you in, making little use of hi hats. However, even only utilising this simple song structure, the mix immediately becomes extremely immersive, as if there’s not even an option to turn it off. After all why would you want to listen to anything else? Every shift and change, both within the tracks themselves and between tracks, is so fluid that there are basically no borders between musical passages and the whole thing merges into one consecutive rhythm that is meant to be consumed in entirety. It’s the kind of consistency that most DJs would only dream of. Live at Planet Uterus also understands the importance of timing and sequencing to construct the flesh and bones for the related interwoven story and with no physical release, marketing or any sort of realistic information about the project or its maker, the music is left to speak for itself here, leaving a pure listening experience devoid of contextual restraints.

One of the things that properly makes Live at Planet Uterus as enticing as it is, again relates heavily to the sequencing. After the initial 10 minute warmup it really takes off. The addition of Traumprinz/Metatron’s signature synth leads are a notable moment and you begin to think that you might be stumbling onto something incredible. But then somehow it gets better. And better. And even better. The great track you just substantially enjoyed is blown out of the water by the next one. Every single moment or phrase of music is essentially surpassed by a better one following it. The gorgeous ambient-esque synths and bouncing drums on Spherical are overtaken by the incredible ‘First Time I Met House’ vocal sample and the punchy synth lines in Of_light_(vocal_mix) which again, don’t compare to the pulsating energy present in the warm Someday. At least that’s how it seems: endlessly building euphoria, impossible to turn off. You just can’t pull yourself away, you become a slave to the intricacies of Traumprinz/Metatron’s deft production techniques, immobilised.

The middle third of the mix features slightly more experimental tracks and decisions from Traumprinz/Metatron which still compliment the beginning extremely well. Drum_mashup_vol.4 is as sensual as deep house gets, making use of a longing ‘Touch Me’ vocal line to soundtrack a woozy romance. Dancing_on_a_fading_star sounds like the score to an epic sci-fi movie, using massive synthesisers and repetitive keyboard crescendos to build tension and awe, whilst my_dream does exactly what its title might suggest in the best possible way.

Still, even after all of these uniquely superb tracks, the mix doesn’t actually peak until the final 30 minutes when something special happens. Using a glitchy section as an extended introduction, Love_(what_that_feels_like) builds into a surprising, introspective drum and bass ignition, splicing three different vocal samples ingeniously into the mix. This is followed by two doubly blissful jams If_only_my_love_could_set_u_free and Runaway, the latter being a rework of Air’s track Run. These two quietly elated songs bring the previous hour of music full circle. After hours dancing with kindred spirits in a small warehouse, you watch the sun rise, breathing life into a new day.

And so the album ends. Neither too soon nor overstaying its welcome, it simply ends. After an hour and a half of deeply fascinating sounds, fluid beats and gorgeous synths, it ends.